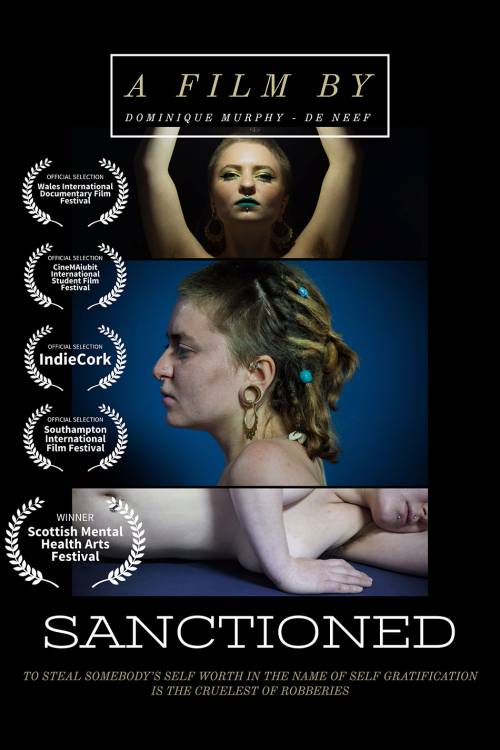 It's not just Harvey Weinstein. Approximately 85,000 women and 12,000 men are raped in England and Wales every year, and there are far more that go unreported.

The UK's society has placed a taboo on people speaking out about rape and its aftermath, by silencing/blaming victims and excusing the offender.

SANCTIONED follows Jessica Tasmin's journey in regaining her body through pagan rituals, life modelling and the way she chose to present herself, after being raped.

This film explores her body and aesthetic image as she narrates, commenting on the mental aftermath of sexual trauma and how Jess feels that our society can sometimes sympathise with the perpetrator.